This occurs because ink is held in the burr. Thus, the burr forms when the metal pushes up along the length of the line. Working with the diamond point creates this phenomena. This is similar to a furrow that forms when a farmer plows a field. Furthermore, each time the plate is printed, it must be wiped to remove excess ink and other stray material. During this process the burr wears down. The further a particular etching is in a run, the burr will have worn down and the rich wider look to the lines will be missing. Thus, for lines formed using etching, there will be blunt end. A pointed end is more indicative of engravings. Usually, etched lines have the same appearance over the area of the paper. The width of drypoint lines will vary. 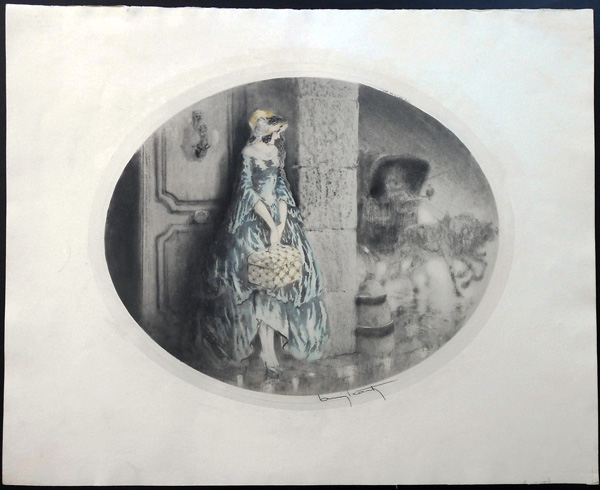